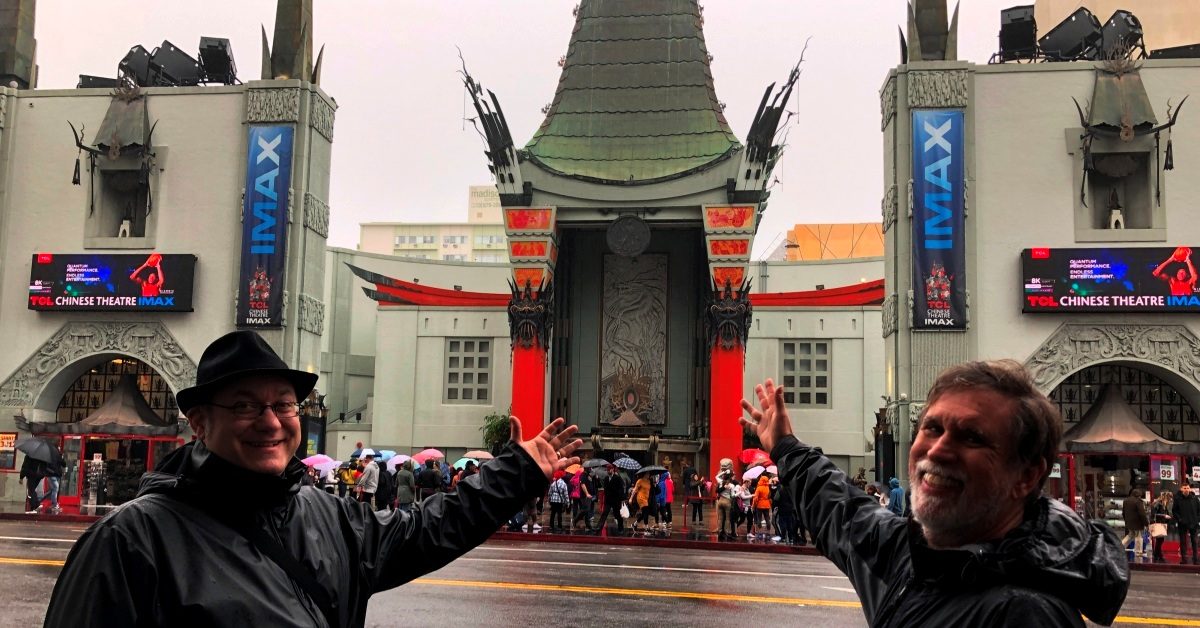 Bill and Ted discuss Ted’s 2019 visit to California. They cover everything from Ted attending screenings at the Palm Springs International Film Festival, visiting Disneyland and Universal Studios to checking out the Max Factor Hollywood Museum, Hollywood Boulevard, stars on the walk of fame and some of the legacy theaters on the strip. Bill even took Ted to a filming location used in Blade Runner (1982). The only film related omission was Ted’s failure to mention that he’d watched Mary Poppins Returns (2018) with his second cousins. So buckle up and come along on an excellent Californian adventure.